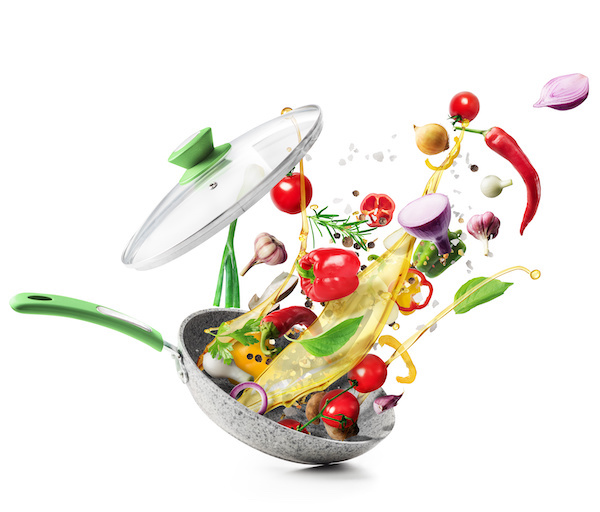 You want to do your part for the planet, right? Unfortunately, climate change deniers use various rhetorical tricks to convince you that many solutions to help solve the planet's climate crisis are a waste of time.They will claim that suggesting a given change 'shames' people, and therefore the blame should be placed on those making the suggestion instead. Or opponents will accuse those supporting the change of making a "direct attack on our way of life" as Nebraska's governor recently stated in response to the Colorado governor proclaiming one meat-free day a week.  Or they will attempt to mislead you about the science.

Behavioral science helps us to understand the controversy.  In part, the rhetorical tricks are designed to cause psychological reactance and subsequent opposition to change. According to Nisbet et al. (2015),psychological reactance is "an oppositional response to perceived pressure for change... when a person believes that a message threatens his or her agency or freedom."  System justification can also explain resistance to change and support of the status quo (Feygina wt al., 2009). System justification is defined as the “process by which existing social arrangements are legitimized, even at the expense of personal and group interest,”(Jost and Banaji, 1994). And finally, the rhetorical arguments discourage a feeling of response efficacy in people, or the feeling that they can make a difference.

The simple truth is: we all have choices in our daily lives, and we can all make a difference on climate change. Our food choices don't just impact our climate, though; they also impact our land, water, and wildlife. According to a World Wildlife Fund study, global deforestation increased 150% in March, 2020 compared to a three-year average. According to the Union of Concerned Scientists, half of the deforestation in South America is caused by conversion to cattle pasture.

You can use the Cool Climate Calculator to identify your own household impact; the calculator also provides diverse choices for you to pledge to cut your carbon emissions. If individual citizens sought to reduce their carbon input to the same level as pledged by the U.S. in the Paris Agreement, we'd each need to reduce our CO2 emissions by roughly 1 metric Ton per year.

Food choices that we can make to address climate change include shifting our diet away from meat (even for just a few days/week), addressing food waste to reduce global demand, and encouraging shifts in agricultural practices. Project Drawdown (2017) ranks reducing food waste and a plant-rich diet among the top five climate solutions out of 100 for the planet. Even cutting out meat (with a meat substitute or a vegetarian meal) for just two days a week can save 0.4 or more metric Tons per year per person.

Animal agriculture is the fourth largest contributor to global warming, generating 14.5% of global greenhouse gas emissions. Cattle contribute the largest share (41%: FAO, 2013). Ruminant livestock such as cattle release vast amounts of methane during their digestion, a greenhouse gas 80 times more powerful than CO2. Methane pollution is currently undergoing its fastest growth rate in the last 20 years. Tackling methane pollution can make a big difference for our climate, as its half-life is only 10 years, compared to hundreds of years for CO2. So reducing methane can help us to reduce our climate impact faster. In addition to reducing meat, another solution may be to encourage shifts in agricultural practices. A recent study by Kinley et al. (2020) showed that adding just a small amount of seaweed additive to a cow's diet can reduce methane release by 98%!  The seaweed additive actually helped to increase the cow's weight, thereby increasing productivity and benefiting the farmer.

1. Use a credible messenger to tackle psychological reactance: A credible messenger such as a popular football player, trusted community leader, or television chef encouraging meat-free days or offering solutions to food waste could make a difference. Benegal et al. (2018) showed that Republican messengers speaking in favor of climate science and/or climate policies are most effective in countering partisan information and tackling psychological reactance.

3. Highlight dynamic social norms to encourage sustainable behaviors: Dynamic social norms provide information about how other people's behavior is changing over time. For example, "More and more people are doing X behavior" would be a dynamic norm statement. "30% of people do X behavior" would be a static norm statement.  Recent research shows that dynamic social norms can greatly increase the percentage of people willing to perform a given behavior. Sparkman and Walton (2017) compared subjects’ responses to dynamic vs static norm messages to discourage meat consumption. Use of the dynamic norm message significantly increased interest in meatless consumption and nearly doubled the number of participants who ordered a meatless lunch after participating in the experiment.

Collectively, our individual choices make a big impact. We all need to pick the highest-impact choices we can make that work for us and the planet.