Interested in our previous 21 issues? Check out CBC's Archives here.

RECOGNIZING CLIMATE DISINFORMATION WHEN YOU SEE IT 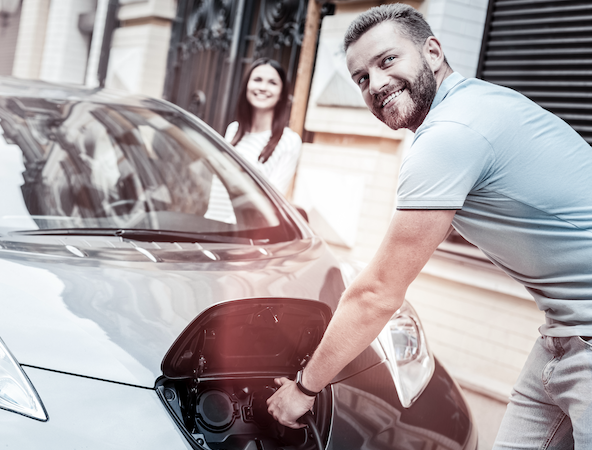 One of the most important ways we can fight climate change is to speak out about the need for climate action. Unfortunately, for the last 40 years, vested-interest groups have attempted to undermine climate action through disinformation campaigns. These groups publicly deny the overwhelming scientific consensus that CO2 is increasing in our atmosphere due to our burning of fossil fuel. Social media has become a breeding ground for these underhanded campaigns, and the groups' effort has ramped up recently due to increasing interest in electric vehicles. The Electric Vehicle Scam, a two-part series written by Jay Lehr and Tom Harris of the Heartland Institute, is one of the recent attempts on social media to polarize public opinion on climate action.

We offer this guide for you to recognize climate disinformation, and four tips for speaking out.

a. Encouraging loss of trust in institutions.
The article claims that the purpose of the current administration is to "increase the government's control over our lives." This is nonsense. The government is simply trying to level the playing field between gas-guzzlers and electric vehicles by offering financial incentives for people to purchase one. As more and more electric vehicles come onto the market, the price will continue to drop, making the need for such financial incentives unnecessary. 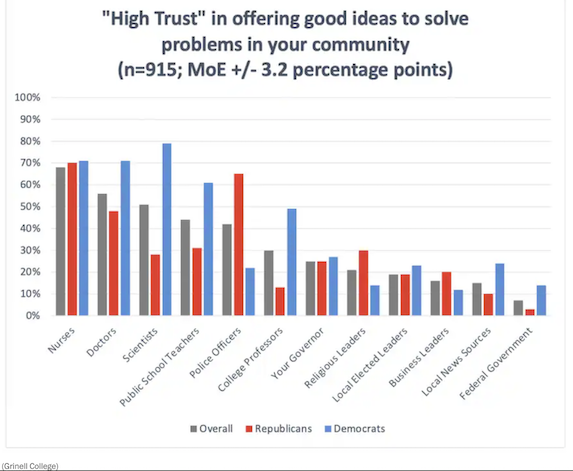 When we lose trust in our institutions, society becomes dysfunctional. “Trust in political institutions is the glue that holds democracies together and allows them to weather crises over time,” lead author and political scientist Danielle Lussier says, ..." when a majority of people express distrust in elected officials, the legitimacy of the constitutional order is called into question.”  Further, without trust, people are less inclined to community action. Studies have shown that the higher the levels of social capital (the trust among individuals and communities), the higher the levels of collective action (Auer et al., 2020).

b. Emphasizing the loss of individual freedom. The article directly states that the current administration's purpose is to "reduce our freedoms" and implies that one will not be able to travel 'hither and yon" with battery-powered vehicles. The article also states that electric vehicles can never be produced in the numbers envisioned because of a lack of necessary materials "held hostage" in China. The authors conveniently neglect to mention that China currently remains the second greatest source for US automotive supply chain parts for internal combustion engines as well. The authors use individual freedom as a scapegoat to perpetuate increased profits for fossil fuel companies.

c. Preying on fear. Fear is a powerful motivator. The article preys on people's fears of running out of an electric charge, by focusing on long trips. We get it. Initially, we worried about that too. However, you don't have to suffer from range anxiety. Most people drive tens of miles/day, not hundreds. Additionally, economical electric cars like the Chevy Bolt or Nissan Leaf get up to 226 miles on a single charge. You can charge an electric car overnight with just a simple 110-volt outlet, enough charge to get you to your job and back. The Bureau of Transportation Statistics notes that the average Thanksgiving long-distance trip length is 214 miles, less than the limitations of a Nissan Leaf. On average, Christmas driving is only 50 miles more than that. Anyone on a holiday that drives farther than that can stay overnight at a hotel to use the fast electric chargers there, or charge their car at a gas station. While it is true there aren't enough charging stations on the road at the moment, over the next few years, federal, state, and local governments along with the private sector are slated to greatly increase their availability.

The article also attempts to generate fear by highlighting the cost of an electric battery, conveniently neglecting the excess costs - 3.5 times more - that individuals pay every week just for gas to power their car. Here's the calculation. According to Ray Magliozzii of Car Talk, it costs about $4.75 to drive an electric car 100 miles. Compare this to the average fuel economy of an American car of 24 mpg. Conservatively estimating $3.50a gallon, the gas-propelled car costs you $14.50 per 100 miles, which is an extra $10 per 100 miles, and an extra $10,000 for 100,000 miles, the length of time that most people normally drive a car.

The article fails to mention the cost that we, as taxpayers have paid for decades for U.S. government subsidies for fossil fuels. In 2019, U.S. direct subsidies alone to fossil fuel industries totaled $20 billion dollars a year.[2] Peter Marsters of Columbia University's Earth Institute notes, "At its most basic, this question gets to what, as a nation, do we want to encourage in our energy system beyond what the market produces."

d. Emphasizing the 'other' as those who buy electric vehicles. Both articles attempt to frame electric vehicles as a luxury accessible only to the rich. While it is true that the initial purchasers of electric cars were wealthier people, that was equally  true for the initial purchasers of gasoline-powered cars. Electric cars are rapidly becoming cheaper and more available. General Motors has pledged to electrify its entire fleet by 2035. Ford is spending $22 billion to electrify its most popular vehicles by 2025, including the F150 truck, Mustang, and Transit. Hummer has produced an electric truck, which former Republican Governor Arnold Schwarzenegger drives.

We hope this helps you recognize disinformation when you see it. The Union of Concerned Scientists provides a handy Disinformation Playbook that sums up other common deceitful strageies of certain business interests. Apps like the Cranky Uncle are a fun way to practice recognizing different types of disinformation.

What can we do to counter disinformation?

First, speak up when others spread disinformation and counter with facts.

Second, tailor your argument to your audience. Your delivery matters. While the facts may not change, how you communicate should change to accommodate the person to whom you are speaking. We all have different world views, moral foundations, political affiliations, and experiences, which inform how we perceive and whether we are receptive to information. Avoid using a one-size-fits-all retort.

Third, focus on the positives. Electric vehicles offer hope, not fear.There are numerous benefits to switching to electric vehicles—for ourselves, our families, society, and our collective climate goals. Switching will:

Finally, commit to not spreading disinformation yourself. The Pro-Truth Pledge (PTP) is a tool that’s designed to inspire individuals to share, honor, and encourage the truth. By committing to the Pledge, you agree to a set of 12 behaviors,

We all have a part to play when it comes to climate action and accelerating the new energy transition. Working together, we can combat these insidious attempts to polarize public opinion on climate change, so that we can collectively focus our efforts on reducing carbon emissions and stopping the climate crisis.

[1]That blog cherry-picks data points when the Earth was 2 degrees C colder In the Little Ice Age to note that human societies did better when the Earth warmed. Ample scientific evidence, modeling, and the

paleo-climatological record document that humans (and other animals) will fare much worse when the Earth warms another 2 degrees C, as projected if we don't act.