Welcome to the Climate Corner! Please note that you can check out

all previous 14 issues in our Climate News Archives here.

“Well, the right argues that…” 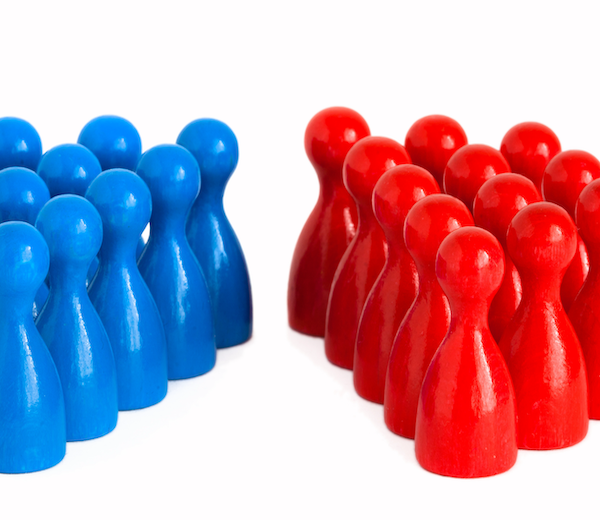 In a seemingly never-ending world of political bickering, one might wonder, what is the truth? What are solutions to the endless disputes over a climate crisis that is a ticking time bomb for the present and future generations? Is there a middle ground to the extreme polarization?

Climate change has already undoubtedly transformed the livelihoods, the environment, and political discussions across the globe. Yet, despite bearing a disproportionate responsibility for global carbon emissions, the US has the greatest number of climate deniers in the world. Although in the political sphere consensus is still a long journey, all major scientific bodies in the U.S. agree with the most recent IPCC conclusion--“Warming of the climate system is unequivocal, and since the 1950s, many of the observed changes are unprecedented over decades to millennia.....Human influence on the climate system is clear, and recent anthropogenic emissions of greenhouse gases are the highest in history. Recent climate changes have had widespread impacts on human and natural systems.”

Many Republican voters still actively deny climate change science and continue to believe extreme claims and denials around climate change causes and solutions. A common explanation for climate change denial is that adherents lack the scientific literacy to comprehend it. However, according to a study conducted by Pew Research (2016), climate partisanship isn’t due to lack of scientific literacy or even exposure to climate-induced natural disasters or extreme weather events. Levels of scientific understanding, climate understanding, and numeracy are reasonable for this group. Rather, climate partisanship may be largely a result of the cognitive biases exploited by mass media framing around climate change, as well as the broad assumptions made about climate deniers which overlooks the environmental goals that they do share with liberals. Note that this cognitive trap exists in both left- and right-wing parties, since people are prone to motivated reasoning or confirmation bias.

When people actively seek only information that agrees with their political ideologies, it narrows their perception and provides false confidence in their beliefs. It appears that the disappearance of control over local news content, the decline in local newspapers, and the simultaneous growth of some national mass media outlets heavily dependent on sensationalism have undoubtedly fostered exaggerated perceptions of climate change science and solutions. Not only are some media responsible for promoting a perceived climate debate in the scientific community, they are also responsible for further dividing the political parties by inflating extreme viewpoints, belittling the other party, and demonstrating no interest providing accurate and balanced reporting. Most notoriously, this battle is common among news outlets such as CNN and Fox, with completely opposite agendas and target audiences. Social media plays a similar role by using algorithms which exacerbate and reward polarizing perspectives (Rathje, Van Bavel, and van der Linden, 2021).

Van Boven, Ehret, and Sherman (2018) examined the psychological processes of the bipartisan support of climate policy. Their survey found that the perceived belief in climate change by Republicans was underestimated by Republicans, Democrats, and the general public. Also, the difference in perception among respondents of partisan opposition was significant. When they were given a policy and told that it originated from a certain party, respondents substantially underestimated support from Republicans for Democratic policies and vice versa. Thus, both Democrats and Republicans were influenced by partisan framing, inflating the extent to which partisan framing would sway policy support from the other party. Again, this is likely a consequence of media coverage that exaggerates partisanship, leading to a misperception of the policy divide among parties.

Along with media consumption, confirmation bias also occurs when deciding whether to support a climate policy. Psychologists have shown that people perceive policies based on not just the policy’s content, but on whose opinion the policy represents, so much so that this representation can override their evaluation of the policy’s content. In a psychological study by Cohen (2003), the researcher randomly assigned liberal and conservative university students to read a welfare policy that was either generous or stringent, and supported either by the Democratic or Republican Party. Regardless of the policy content (generous or stringent), conservative students favored the Republican policy and opposed the Democratic policy, while liberal students favored the Democratic policy and opposed the Republican one.

Placing political party over policy content is a complex phenomenon. As the Cohen (2003) study portrayed, people rely on partisan cues to be more aligned to their own ingroup and less aligned with the opposing political group. However, hope for political polarization is not completely lost. A recent study led by Commercon, Goldberg, Rosenthal, and Leiserowitz (2021) from the Yale Program on Climate Change Communication showed that just listening to a single 90-second radio story featuring Republicans discussing climate change concern or pro-climate actions significantly increased conservatives’ concern for global warming, the belief that climate change is human-caused, and the perception that Republicans as a group worried about global warming.  Further, although partisanship plays a major role in support of a given policy, a survey from the Van Boven et al. study showed that when asked which should affect policy evaluations, partisan political considerations or policy content, the vast majority of the respondents believed that policy content should have a stronger influence. Clearly, many people know of the right approach.

It is important that we be more aware of cognitive biases in our partisanship affinity and to consume media content that is factually accurate. One way to do this is to analyze the motives of even our most trusted media sources, to be aware of the powerful influence and presence of social media algorithms, and to expose oneself to contrary opinions from original sources rather than through stealthily-edited news reports.

Hazel Park is an undergraduate at Cornell University studying Environmental Sustainability, with a double minor in Climate Change and Public Policy. She is a CBC intern.

P.S. We are thrilled to announce our NEW course, Behavior Change for Climate Action 101 for Behavior Analysts. Earn 5 BACB CEU credits while learning how to apply behavior change to climate action! Register here.

P.P.S. Do you want to explore how behavior change can be used for climate change? We are presenting a one-hour Webinar on Behavior Change for Climate Action for the Oceans and Beyondon Thursday, Aug. 26th, 1pm EST

This webinar by The Center for Behavior and Climate (CBC) will teach you nine principles behind behavior change and how to apply these interdisciplinary and transdisciplinary principles to increase individual and collective climate action for the oceans and beyond. From tackling habits to worldview to social influences to framing, we will provide case studies showing the impact of each behavioral tool.

Register: https://us02web.zoom.us/webinar/register/WN_zdl-ONEaSbaqJw6_us-89A[If you are unable to access Zoom, you can view a livestream at https://www.youtube.com/channel/UCPBHFN-LvAPNqTC6MZmVNVg at the time of the webinar.]