Interested in our previous 20 issues? Check out CBC's Archives here. 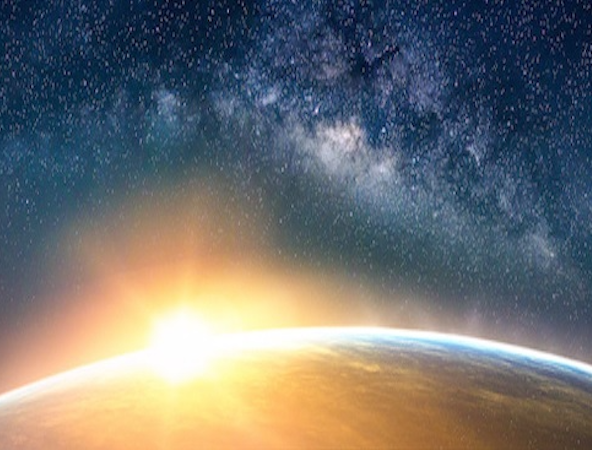 We know you worry about climate change. Take heart! We can solve the climate crisis, but only if we take significant action starting now. Specifically, we need to take action this decade through 2050 to draw down enough carbon to keep our planet's temperature within the 1.5 degree Celsius of warming that will reduce the impact to our planet, life, and the economy. Project Drawdown has been at the forefront of identifying the top 100 global solutions to our climate crisis. The Center for Behavior and Climate is pleased to announce our first free online course supplementing the excellent

What's our course about? It's about hope, climate action, and how we can scale up climate solutions over the next three decades, covering the contents presented in Unit 6 of Project Drawdown's Climate Solutions101. Project Drawdown suggests that we need to consider accelerators--something that moves climate solutions into action. Accelerators include rules, capital, business practices, technology, and behavior change.  Rules accelerators are applied by governments to change laws, regulations, taxes, or incentives. For example, a city government creates anti-idling laws to reduce emissions. Capital accelerators are applied by investors and philanthropists, but can be influenced by the public, such as the public effort to divest from fossil fuel companies in college endowments. Business Practices accelerators are applied by businesses, but can also be influenced by the public or government to renew goals or standards.For example, requiring all new commercial buildings to be LEED-certified (i.e., buildings that satisfy environmentally sustainable construction standardsdeveloped by the U.S. Green Building Council). Technology accelerators are created by scientists and engineers to scale up innovation or increase R&D, but can be encouraged by governments, nonprofits, and industrial leaders. For example, creating plastic from seaweed. And behavior accelerators shift social norms and culture through behavior change. For example, making it socially acceptable for 'real' men to purchase an electric truck as evidenced by Arnold Schwarzenegger driving his electric Hummer H1. Or a pastor speaking to her congregation about strategies that parish members could do to change a daily habit that collectively drive action on climate in their community. Or it could be you, doing your part to encourage a climate action by your neighborhood, family, or friends.

In Climate Solutions101, Drawdown's Executive Director, Dr. Jonathan Foley, addresses three waves of action that need to happen now and continue over the next several decades. The first actions are those that we can do already--cost-effective solutions. These are actions like stopping methane leaks that are being emitted from natural gas pipelines, wells, and oil flares, curbing deforestation, and improving energy efficiency. Indeed, many countries committed to reverse deforestation a few months ago at the preeminent COP26 meeting on climate change. Actions such as these are available and accessible to us now, so long as corporations, governments, and society prioritize them and follow-through on their stated commitments.

The second wave of action addresses long-term infrastructure changes--changes to systems such as transportation, energy, and agriculture that would significantly reduce CO2 emissions while profoundly improving our quality of life. For example, what if we had a community energy source that wasn't fossil-fuel based? Well, two women heading the nonprofit Home Energy Efficiency Team (HEET) are advancing that very change. As reported by the Boston Globe, the engineer and novelist convinced two Massachusetts-based energy utilities to conduct a multimillion dollar project that would heat and cool a community's homes and businesses without fossil fuels. The GeoGrid project links heat pumps and subterranean pipes across houses and businesses to tap into underground temperatures to heat and cool the buildings. The two women had projected that the utility companies planned on spending more than $20 billion in ratepayer money to replace gas pipelines. The GeoGrid project would transform our energy system over the long-term, preserve jobs, provide affordable energy to homes and businesses, and reduce air pollution in the process. Twelve other states are now considering similar programs.

The third wave of action addresses needed technologies, limited only by our imagination and the laws of science. This includes scaling up technologies like carbon capture and novel ways of making low-carbon or carbon-free building materials.

Finally, we need bold climate action from individuals, businesses, nonprofits, and governments. What is a bold climate leader, anyway? It's anyone who advocates for a hopeful vision of transformational societal change.A climate leader, like other leaders, imagines big changes and knows how to inspire others with hope and a plan to get there. Together, we can push for, and take, climate action until it happens at the scale we need to create the world we want.

Our hopeful FREE short course provides an overview and plenty of examples to help you learn and retain the concepts presented by Project Drawdown in Climate Solutions 101: Making It Happen Unit 6. We hope you'll try it!