Welcome to the Climate Corner! Please note that you can check out all previous 16 issues in our Climate News Archives here.

Getting Conservatives and Liberals to Act on Climate 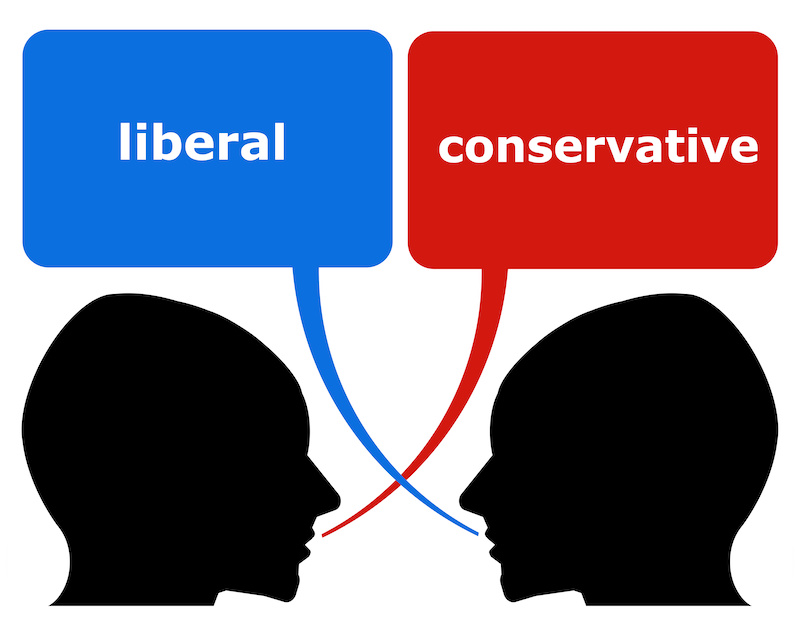 For the first time, a majority of Americans believe that people in the United States are being harmed right now by global warming (Leiserowitz et al., 2021).So how do we motivate people to act, collectively and individually, to counter our climate crisis? Which messages resonate with conservatives, liberals, or both groups?On November 8th, I and former Republican Congressman Bob Inglis, Executive Director of RepublicEn, will be leading a Behavior, Energy, and Climate Change (BECC) workshop on just this topic: How to Convince Conservatives and Liberals to Act.

Here are just a few of the ideas that we'll share:

1. Consider the moral foundation of whom you're talking to. Haidt and Graham (2007) showed that the moral foundations of conservatives and liberals differ, with some overlap. Conservatives hold three morals, called binding morals, most strongly: in-group loyalty, purity/sanctity, and authority/respect. They share two other morals, called individualizing, with liberals: fairness/reciprocity and harm/care. However, individualizing morals do not resonate as strongly.

Reframing with the morals important to a person can really make a difference. Feinberg and Willer (2012) found that framing global warming statements as purity increased pro-environmental attitudes among conservatives over any other moral (c.f.,  Wolsko et al.,2016).  Kidwell et al. (2013) showed that selective framing with a different message increased pro-environmental behavior in both conservatives and liberals.

2. Consider how a person's worldview affects their response to climate change. According to cultural theory, there are 4 main worldviews, or the set of beliefs that people use to see and interpret the world: hierarchical, individualist, fatalistic, and egalitarian. As summarized by Xue et al. (2014),

Cultural theory posits that hierarchists and individualists perceive things as threatening if they threaten the status quo: their preferred cultural way of life and structure of social organization (Kahan, 2012). Feygina et al. (2009) framed pro-environmental messages as patriotic, preserving, rather than challenging, the social system. Framing pro-environmental messages as patriotic eliminated any feeling of threat to the status quo.

3. Listen. Really listen. Think about the contingencies operating in peoples' lives; in other words, the relationship between their behavior and what is reinforcing that behavior. What are people afraid of? Have their family, neighborhood, or community experienced recent change? If you listen, and acknowledge, another person's fears, that can make them more receptive to the message that you are trying to impart and reduce intergroup animosity. Listening to opposing views can also increase your own understanding.

4. Find the connection. As the song, "Breakfast at Tiffany's notes:

You say that we've got nothing in common

No common ground to start from....

And I said, "What about Breakfast at Tiffany's?"
She said. " I think I remember the film
And as I recall, I think, we both kind of liked it."
And I said, "Well that's one thing we've got"

There's always something that you've got in common with the person that you're talking to. If you try, you can always find a connection. Build off of that connection in your climate conversation!

5. Partner with different messengers. Presenting arguments from multiple sides to socially influence can reach a broad audience, as people respond to whomever they deem credible. For example, when I worked to conserve wildlife in Papua New Guinea as a senior scientist at the New England Aquarium, I partnered with an Evangelical Christian (the late, great Peter Illyn of Restoring Eden). Peter and I didn't agree on everything. However, we ignored what we didn't agree on, and focused on areas where we did agree--the sound scientific and religious reasons to protect land and wildlife. I focused on the scientific messages; he focused on the religious ones. Together, our shoestring project, Changing Hearts and Minds, reached the hearts and minds of thousands.

6. Watch your tone. There are ways to convey a message to cut across partisan divides. As reported in the NY Times,psychologist Adam Grant's latest book, Think Again, makes the case for intellectual humility, questioning one's own opinions and opening others minds. Further, Huddie and Yair (2021) report that Democrats and Republicans alike feel better about each other when their leaders are civil.

An exemplary demonstration of the effectiveness of tone was a recent social media posting urging Covid-19 vaccination that spread widely. Although the content doesn't address climate change, the tone was not preachy, and  the person acknowledged their own limitations of knowledge. Here's an excerpt:

"I'm vaccinated and, no, I don't know what's in it - neither this vaccine, the ones I had as a child, nor in the Big Mac, or in hot dogs, or in other treatments…whether it's for cancer, AIDS, the one for  polyarthritis, or vaccines for infants or children. I trust my doctor when he says it’s needed. I also don't know what's in Ibuprofen, Tylenol, or other meds, it just cures my headaches & my pains ...There's a lot of things I don't know and never will…

I just know one thing: life is short, very short,  and I still want to do something other than just going to work every day or staying locked in my home... I'm vaccinated, not to please the government but:

* To NOT clutter a hospital bed if I get sick.

* To have my kids/grandkids go back to school and play sports....

7. Encourage social labeling. Help people think of themselves as a member of a pro-climate ingroup already. It doesn't have to be labeled as such. For example, noting that people already care about ensuring clean drinking water for their families helps people to support addressing water pollution by advancing renewable energy. Mannetti et al. (2004) demonstrated that seeing oneself as a typical recycler predicted recycling behavior above all other variables.

8. Adopt a big tent approach to climate solutions. You may believe that government regulation is the way to go. Your conservative friend or colleague may think a private sector approach is best. All strategies should be considered and negotiation should be encouraged. Simply, we don't have time for bickering anymore.

In sum, there are ways, even in this partisan world we are living in, to reach across the aisle. Respecting one another's differences, while trying to find similarities, goes a long way. I hope you'll join us on Nov. 8th in the workshop,  How to Convince Conservatives and Liberals to Act.